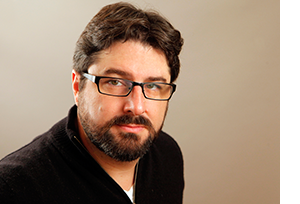 Pat Diamond’s work as a director crosses genres. He directs both operas and plays, and has participated in over twenty American and World Premieres, while possessing extensive experience with well-established repertory ranging from the the classical to the verissimo. His experience and training give his productions a unique mix of features, allowing for unique looking productions which engage the audience's imagination.

Key musical works include, at Wolf Trap, the first American production of Wolf-Ferrari’s Le donne curiose in a hundred years, and the American Professional Premiere of Moniuszko’s Halka at Sarasota Opera. Pat is also known for directing the critically acclaimed installation of Purcell’s Dido and Aeneas (The Dido Project) in collaboration with the chamber group Sybarite5 at New York’s Samsung Experience in Columbus Circle. Dominick Argento’s Postcard from Morocco, part of the gala celebration of the composer’s eightieth birthday at University of Maryland, was met with high praise by Argento himself.

His work on music in development includes drömseminarium/ dream seminar, in collaboration with composer Ellen Lindquist, 2011 Nobel Laureate Tomas Tranströmer, and Companion Star in Sweden; Paul’s Case with composer Gregory Spears and librettist Kathryn Walat, with American Opera Projects; and Matthew Suttor’s The Trial of the Cannibal Dog at Yale.

Spoken works include collaborations with playwrights A. Rey Pamatmat on his plays A Spare Me with Waterwell at PPAS, Thunder Above, Deeps Below with 2g, and New at Yale Drama; Eric Sanders on his infamous short play Oblivia with Working Man’s Clothes; Roberto Aguirre- Sacasa on Bloody Mary in its New York Premiere, and The Mystery Plays in its original Yale workshop; and Kathryn Walat on Out of Nothing with the Production Company, and Know Dog at Yale. He has done workshops and directed readings at The Public Theater, The Lark, Ma-Yi, Working Man’s Clothes, and New Georges.

Pat directed the American premiere of Calderón’s The Great Magician which was also a world premiere for its English adaptation by Alex Barretto. Other established spoken repertoire includes Shakespeare’s Romeo and Juliet, Twelfth Night, and Mayakovsky’s Vladimir Mayakovsky: a Tragedy.