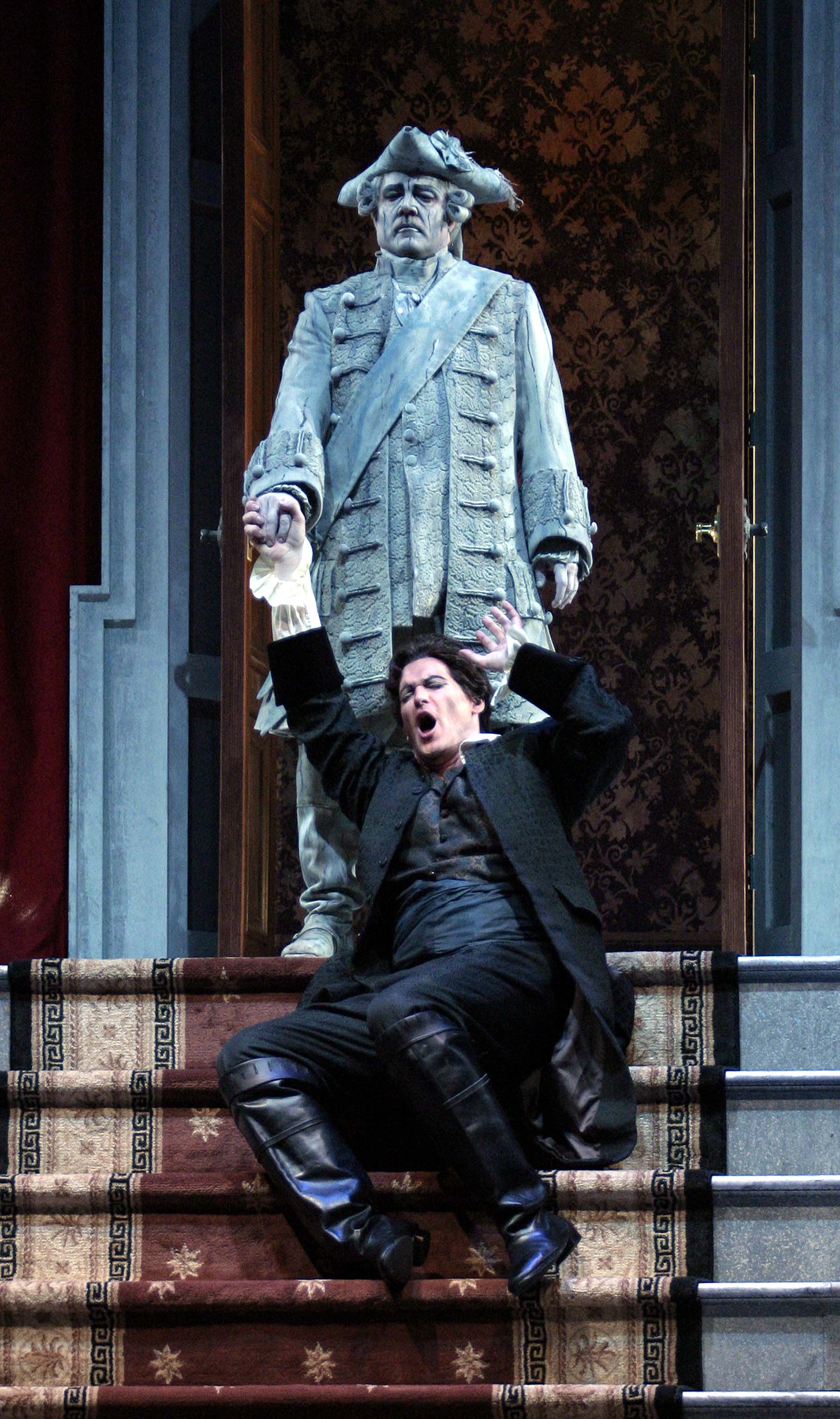 Sarasota Herald Tribune
Gayle Williams
“Powerful, Simple, Sublime”. What was good on stage was equally matched behind the scenes by stage director Pat Diamond and the rest of the staff for scenic design, costumes, lighting and choreography. The trick to master any production of “Don Giovanni” is the ghost of the Commendatore. In traditional fashion, he appeared first with Jauhiainen seated stone-like on a marble horse in the graveyard.

Later, amid smoke and lightning, the statue arrived at the Don's residence to take the sinner to his well-earned eternity in hell.  Stepping to the front of the stage with house lights up, the rest of the cast reinforced the moral of the story: This is what you get for evil ways. Pretty simple, but so sublime.